Mami, quiero raspberries. Statements like these may make you worry about your child’s grasp of the language you’re working so hard to teach him or her, but much of what worries us as parents of bilingual children is typical of their development. What is expected bilingual development? And what can we as parents do to help our kids maintain the language? 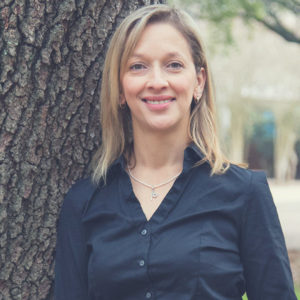 Anny Castilla-Earls is an associate professor and researcher at the department of communication disorders and sciences at the University of Houston. Her research focuses on language development, assessment, and disorders in monolingual and bilingual children. She’s also mom to six-year-old bilingual twins and a passionate advocate for bilingualism.

Aside from telling us about her bilingual family, Anny shared her expertise on raising bilingual children.

Mentioned in this episode

Code-switching – A linguistic phenomenon in which a multilingual speaker alternates or switches usually between two languages or language varieties or codes during the same conversation.

Sentence recasting – A strategy in which you repair or expand a sentence that the child uses. For example, if a child says, “vamos en papi carro.” The parent may recast or say back the statement as “quieres ir en el carro de papi.”

Language loss – Language loss happens when most of the language proficiency is no longer accessible. It can also refer to incomplete learning of a language spoken in childhood.

Raising children bilingually: What parents and educators should know about bilingualism in children (chapter to appear in a forthcoming book) by Anny Castilla-Earls, Ph.D.

We want to hear from you! Join the Entre Dos Community on Facebook to share your experiences, questions, and discoveries with other parents raising bilingual kids.